I've struggled with this one a bit, but the recent ordeal around Ted Nugent has finally made this necessary.

When I was first enlisted, I, (like most of of my "brothers") believed this government, in that Vietnam was some sort of "Defense against Communism" being spread over HERE, so we went over there to "kill a commie for mommy."

The years went by, then the decades, and the U.S. is STILL sticking its noses into things that don't concern us.  We'll probably get involved in Libya next, because THIS administration hasn't learned anything either.

In a lot of ways, the "hippies" WERE probably right.  Former heavyweight champ "Muhammad Ali" told the draft board that "I ain't got nothing against them Viet Coms" (he meant CONGS, but that's the way it came out).

Years later, we find (whether we choose to admit it or not), that he was right......(although they DID give him the same offer they gave Joe Louis, so it wouldn't have killed him to "suit up").

Most Vets are extremely bitter today, having been deceived, lied to and used------then virtually abandoned later by a government that's anticipating the day that WE'RE all gone so they don't have to fight us anymore over all the contract promises that THEY keep breaking.

Today, I don't hold any hard feelings about the draft dodgers, because Vietnam WASN'T any of our business.  It wasn't our war, and it isn't our job to fix everyone else's problems.  Now in reality, I think if the truth was ever actually known.......most of the draft-dodgers WERE too scared to fight.....and the rest of them just didn't want to have to cut their hair and serve something besides the drug dealers.

But it WAS a military action we should NEVER have gotten involved in.....especially lacking the leadership to win it............and nothing has changed.  NOTHING.  (we're even gonna get "flexible" with the Russians now, while Hillary starts signing our rights away to the U.N.).

My hatred for Jane Fonda, and Berkeley College though, continues to this day, over their compassion, aid & comfort to the Communist North we were sent over there to fight.

That was then, and this is now.

Either under DIRECT ASSAULT upon our shores by a foreign enemy, or out in the streets against a DOMESTIC one---as our SERVICE OATH directs.

AMERICA'S sovereignty and freedoms are at stake now.....not Bosnia's, Syria's, Somalia's, Korea's or everybody ELSE's.

Having it to do OVER again, I would still have served our country (probably in the Air Force and nothing else this time------and if so---would most likely not be dealing with Agent Orange today).

But I don't hold Nugent in any contempt.  Most draft dodgers are STILL yellow-bellies, but at least THIS one knows WHO to fight when the time comes..............those "enemies" who WOULD destroy our way of life.......and these are the WORST kind........the ones who would do it from WITHIN, and even Nikita Khrushchev said that HIMSELF from a podium back in the early 60's.

Some may see just an "old rocker" here, but in Nugent, what I see is a guy willing to defend HIS homeland.....not somebody else's.  I've also watched this guy for YEARS........sportsman, hunter, collector and enthusiast.........supports not only the 2nd Amendment, but ALL of our "antiquated, out-of-date old parchments."

For whatever the pinko communist libs want to disillusion themselves with..........at least HE isn't afraid to fight for his OWN homeland.  And he's got a lot of company out here-------and I mean a LOT of company.

That's what I mean when I say that most of you DON'T EVEN KNOW who your real enemies are.   You let Biden and Sharpton tell ya. 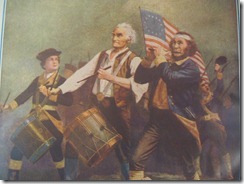 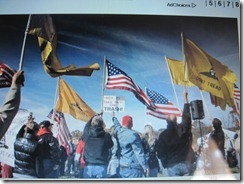 Comments
View 48 comments
Note: The nature of the Internet makes it impractical for our staff to review every comment. Please note that those who post comments on this website may do so using a screen name, which may or may not reflect a website user's actual name. Readers should be careful not to assign comments to real people who may have names similar to screen names. Refrain from obscenity in your comments, and to keep discussions civil, don't say anything in a way your grandmother would be ashamed to read.
Respond to this blog