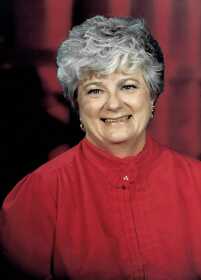 Marie T. Mott, age 88, passed away January 16, 2023. A Celebration of Life was held at Rost Funeral Home, McMurtrey Chapel on January 19, 2023. Inurnment will be held at Idaho State Veterans Cemetery in Boise, where Marie will be laid to rest with her husband Paul.

Marie was born on January 8, 1935 to William and Grace Walsh in Denver, Colorado.

Marie raised a large blended family of 14 children, as her children grew older, she worked tirelessly for the American Red Cross for many years. She was deployed to Saudi Arabia during Desert Storm. Later she and her husband Paul and youngest son Steve were transferred to London where she ended her Red Cross career. On top of Marie’s Red Cross Career, she was fearless and adventuresome while traveling the world, leading her children to explore and thrive in each new place they landed. After her retirement Marie traveled with Paul in an RV visiting her children and grandchildren. She also enjoyed her potted gardens.

Marie was preceded in death by her parents, her husband Paul and her youngest son Steven Mott.