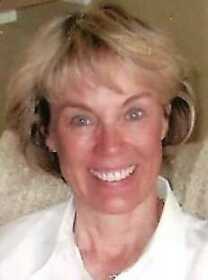 Tamara was born to Barbara and Lowell Wilson,and she was raised along with her younger sister Helaine, on the US Sheep Experiment Station near Dubois, Idaho. Growing up she was an avid ice skater, even though she spent most of her life in a state of “being cold.”After graduating in 1970 as Salutatorian and student body president from Clark County High School, she enrolled at the University of Idaho.

Tamara was a proud member of Gamma Phi Beta Sorority and graduated with a bachelor’s degree in Home Economics and Interior Design.During Tam’s sophomore year of college, she met Michael McLaughlin and they were married in August of 1974. While Michael was in law school,Tam worked to help support him, and the couple were blessed with their first son Ryan in 1976.

Tam and Michael then moved to Mtn. Home Idaho where they were blessed with two more sons, Matthew and Patrick. She adored her boys and was a soccer mom at heart, spending many evenings and weekends driving her sons to Boise for soccer practice. She was also very proud that all three of her boys graduated from the University of Idaho. Tam was active in the hospital auxiliary, youth soccer, PEO, and parish choir. She also co-owned and managed two women’s clothing stores in Boise and Mountain home. Eventually, they moved to Boise in 1998 where she had the opportunity to design their new home. Tamara and Michael met lifelong friends while in Boise that they truly loved to travel with, especially to Europe.

After she was diagnosed with Alzheimer’s Disease, Tam and Michael moved to Eugene Oregon to be closer to her five grandchildren in Eugene and Seattle. She rarely could be seen without her trademark smile as she watched the musing of her grandchildren as they were growing up.

Those who were truly fortunate to know Tam would tell you that her love and loyalty was limitless. She was a wonderful sister, wife, mother, grandmother, and friend. In the end, even as she was increasingly aware that her disease was progressing, Tam was dignified and graceful. She will be missed by all that knew her.

Tamara is survived by her sister Helaine Moore and husband John; her husband Michael, her children, Ryan and his sons Andrew and Charles; Matthew and Hollan and their three children, Madeline, Sam and Libby; and son Patrick and Briana Mclaughlin.The family would like to thank the staff at the Rawlin at Riverbend Memory Care and Signature Hospice for the excellent care she received over the past years.

A family funeral mass will be held in Eugene and a celebration of Tamara’s life will be held in Boise at a future date. Contributions can be made in Tamara’s name to the Alzheimer’s Association or the University of Idaho Foundation.