Dr. John Charles Welch, son of Charles Golden and Ora Meeks Welch, entered this world at his parent’s home in Cowley, Wyoming on October 8th, 1933, weighing in at over 12 pounds. He started his life as a giant and with his dedication to family, his love of the lord, and his calling to serve his fellow man in medicine, he would live a life that would earn him the title,a giant among men.

As the youngest son, he was fortunate to have built-in best friends and playmates with his 4 brothers and 6 sisters. Hard work, hard play, and music were constants in their home, and he became an accomplished musician playing trombone, piano, harmonica and was gifted with a perfect pitch singing voice, knowing the baritone part in any song. He also excelled at all things sports. He graduated as a Cowley Jaguar with 10 classmates and then made the decision to dedicate 3 years to serving the lord as a missionary for the Church of Jesus Christ of Latter-Day Saints. His mission calling required him to sail to Japan for 3-weeks where he was introduced to overwhelming seasickness. His Japanese shipmates explained that playing ping pong could prevent the unpleasant side effects involved and he was a quick study at mastering the sport. His time in Japan allowed him to share his love of the lord and the plan of salvation, which would become a lifelong passion.

After his return to his hometown he was introduced to Jane Fillerup, a tall, stunning beauty of a woman he would marry. They made an extraordinarily handsome couple, and he would spend the next 65 years being dedicated to her. He was drafted into the US Army shortly after their marriage and they were stationed in Buffalo, NY for two years. Following his time in the military, he and his bride made their way to Laramie, Wyoming, to begin his pursuit of his Doctorate in Medicine. His education would take him to the University of Colorado and then to the Panama Canal Zone for his internship and residency. 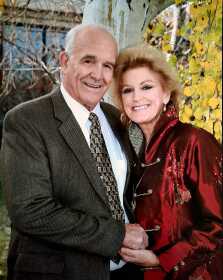 Throughout his education and early years in private practice, his 8 natural children and two adopted sons from Bolivia joined their union. With 3 girls and 7 boys their family was now complete. He always took great joy in scaring his children and grandchildren out of their skin with his expert hiding skills and perfectly timed jump-reveal accompanied by a very loud “Boo!”. His cooking and baking skills were supreme, as was his ability to make a batch of mashed potatoes with 2-pounds of butter and 2 solid cups of heavy whipping cream. John Welch’s ceviche was a well-guarded family recipe anxiously awaited by family and weddings or any other gathering meriting a 5-gallon batch. Nothing he made was diet friendly, but it was always wildly delicious and each time there were chicken and noodles over mashed potatoes, caramel rolls or macaroni and tomato juice available there was a wrestling match among his children to determine who got the first serving. His kid’s survival skills were also honed by lots and lots of bribery. Thousands of Big Hunk candy bars were used as a reward for full-gainers off the high dive or beating your siblings at an impromptu 100-yard dash.In 1978 he returned his family to the Big Horn Basin where he and Jane would finish raising their children and be closer to their families. Dr. Welch’s gardens were sights to be seen with 50 or more tomato plants and cucumber vines spilling everywhere. He loved piloting a plane logging more than 1500 hours and, he continued to compete in any available sporting event throughout his life, including winning the Wyoming State Games racquetball singles title at 59 years young.

After their children reached adulthood, John and Jane continued to find adventure living in Australia, Washington State and Idaho. They served a two-year mission in Hong Kong where he was the Director of Medical Care for all of Southeast Asia, as well as a 2-year mission in the country of Chile’. During their time in service, they were fortunate to travel extensively while providing medical and humanitarian care, including for the 2011 Tsunami victims in Indonesia.

During his 52-year medical career as a general practitioner and surgeon, he was honored to have delivered over 2,000 babies, set thousands of broken bones, performed untold numbers of surgical procedures saving lives and restoring function, and he spent countless hours comforting many families experiencing loss. Dr. Welch’s legacy will truly be how much, and how well he cared for those around him.

He is preceded in death by his parents, his brothers, and their wives: Golden (Grace), Ford (Ruth), Art (Mary), Scott (Kathleen) and his sisters and their husbands: Maida (Meb) Dalton, Helen (Herb) Paris, Mae (Brownie) Brown, Alys (Bert) Winterholler, and Ilene (Duane) Harvey.

He is survived by his wife Jane, and his 10 children and their spouses, Jill Welch of Cody, Wy, Jennifer Welch of Springville, UT, Jeffrey (Jeanette) Welch of Longmont, CO, Courtney (Suzanne) Welch of Elko, NV, Jacqueline (Randy) Welch-Schram of Belgrade, MT, Camron (Julie) Welch of Murphy, NC, Joel (Itzel) Welch of Houston, TX, Jason Welch of Houston, TX, Jody (Sara) Welch of Delta, CO and Christian (Betsy) Welch of Roseland, BC, Canada. He has always been proud to be called Grandpa Welch by his 25 grandchildren and his 14 great-grandchildren. He is also survived by his sister Louise (Ed) Croft of Cowley, WY. His many nieces and nephews will always remember Uncle John’s quick wit, sense of humor, sage advice, and willingness to always lend a helping hand.

In celebration of Dr. Welch’s life, the family will host visitation at Haskell Funeral Home in Lovell, WY, Friday, September 9th from 5-7pm. Visitation Saturday, September 10th will take place at the Cowley LDS Chapel at 9am,with his service following at 10 am. Internment will take place in Cowley, Wyoming. For those unable to attend in person, his services will be available virtually through Haskell Funeral Home on Facebook. Click the link to attend: https://www.facebook.com/Haskell-Funeral-Home-100979148697146/?paipv=0&eav=AfZuN...