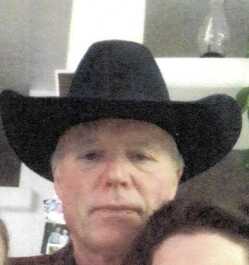 William Allen “Buffalo” Martin, age 64, of Grand View, entered Heaven on April 28, 2022, joining his precious daughter ElizaJane and other family members and dearest friends, after a short, courageous battle with cancer. Cremation is under the Care of Rost Funeral Home, McMurtrey Chapel. 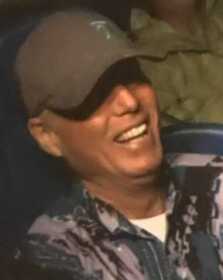 He was born Sept. 20, 1957, to Mike and Elizabeth Martin in Pueblo, Colorado. The fourth child of six children.

Buffalo graduated from La Junta High School in Colorado in 1975. He was a cowboy and worked “the cowboy circuit” from Colorado, New Mexico, Arizona, Nevada to Idaho for several happy years. He worked on many ranches making his way to Bruneau, Idaho.

Buffalo traded his spurs in for Irrigation boots and fuel trucks. The family enjoyed their hard working and fun filled life in Grand View. They did not have a tv until their kids graduated from High School. So, when they were young, Buffalo would have the youngest on his lap and the other two would stand behind the rocking chair while he would read Christian Children’s Books to them. We called him a “book worm”. Buffalo and the kids could fix anything with a fix-it-book or a manual or gardening book.

Buffalo worked for Goodman Oil and the United Oil for a total of 28 years. He appreciated his many loyal customers and friends that he made over the years.

Buffalo and Debbi enjoyed traveling around the country visiting their sons and their families and other family members and dear friends from North Carolina to California and in-between.

Buffalo was preceded in death by both his parents, his daughter ElizaJane, two fathers-in-law, one sister-in-law, two brothers-in-law and a niece.

Buffalo loved the Lord, his family and friends. We cherish his life here with us and rest in peace knowing we will reunite in Heaven with him.

No services will be held, but you can reach out to his family with condolences.