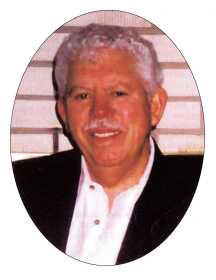 Fred O. Sisneros Sr., age 89, of Mountain Home, passed away at home on January 12, 2022. A memorial service will be held at the Idaho State Veterans Cemetery in Boise on Thursday, January 20, 2022 at 2:00 P.M. with military honors. Arrangements are under the care of Rost Funeral Home, McMurtrey Chapel.

Fred was born in Costilla, New Mexico on November 22, 1932 to Filomena Quintana and Melaquias Sisneros. He joined the U.S. Air Force in 1952 and served for 31 years. Fred had a successful career becoming a CMSgt, the highest rank for an enlisted man, and retiring with great honors. Fred exposed himself to many dangerous situations and had the opportunity to travel to many foreign countries. He saw places that may seem unimaginable to most people.

After his retirement, Fred started a small engine repair business. He named it Sharp-All and ran the shop for 30 years.

Fred was married to his sweetheart Sylvia for 64 years and together they had three children; Frederico “Freddy”, Ana Marie and Cristina Elizabeth. His family was of the utmost importance to him.

Fred was a devoted husband, father, grandfather, great-grandfather, and brother, who taught by example. He was also an active member in his church and community. He taught Spanish and English classes to whomever walked through the doors at the Mountain Home Senior Center.

He is preceded in death by both parents, an older sister Rosita, and twin boys Samuel and Encarnacion.