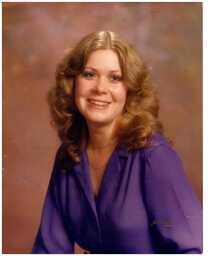 Ruth Ann Rice, beloved mother, grandmother, sister, and friend, passed away suddenly on Sunday, January 2, 2022 at the age of 62. She was with her eldest daughter and granddaughter at their home in Kuna, Idaho.

Ruth was born in Walnut Creek, California, on July 26, 1959. She was the second child to Kathryn Johannsen Fereira and Clifford Carlos Fereira.

As a little girl, Ruthie loved riding her family horse named Star while residing in Danville, California with her family. Her never-ending horse obsession began. She relished how her daughter Brittany shared her similar love of horses and rodeos. She also enjoyed playing with their dog, Molly, and her bunny, Popcorn.

She and her family relocated to Tahoe City, California in June of 1968. She enjoyed playing in the Truckee River in front of her home, with her younger brother Jimmy and older sister, Eve. As a young adult, she owned a 1959 yellow Camaro, a gift from her father she cherished. She graduated from North Tahoe High School in 1977.

She later moved to Reno, Nevada where she started her career as the Benefits Coordinator with First Interstate Bank for several years. In 1987, she gave birth to her first daughter, Stephanie, followed by her second daughter Brittany in 1993. They enjoyed many happy years together at their home in Bridal Path.

Ruth adventured on to Idaho where she shared many great memories with her daughter Stephanie. Soon after the birth of her first grandchild, she finally conquered her battle with addiction and lived out the remainder of her days helping raise her granddaughter, Mila.

Ruth enjoyed gardening, cooking, reading her cookbooks, and spending time with friends and loved ones. She had a real knack for decorating and would always have to decorate at least a little for every holiday, no matter how insignificant the holiday, in honor of her mother.

Ruth was the type of person to invite you into her home for a holiday meal when there was nowhere else to go. Just like her father, she would give you the shirt off of her back to help someone in need. She was always so kind, selfless, polite, and her compassion and love were beyond compare. She was an extraordinary, strong woman who withstood many battles throughout her life. She always had a smile on her face and a genuine love in her heart. Ruth would make friends anywhere and everywhere we went. She had a certain sparkle in her eye that lit up any room. She always had this laughter to her voice and a happiness in her tone that was unlike any other. Her heart of gold will be treasured forever.

She is now in heaven, reunited with her mother, father, friends, and fur friends she lost along the way and had so longed for. Ruth will be missed immensely by her friends and family. We will forever remember her infectious humor, heart, and strength that were so much a part of her.

Thank you Ruth for your infinite love and a lifetime of memories.