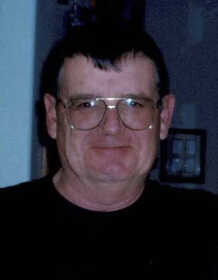 William (Bill) Arnold Pharris passed away on Thursday, December 16, 2021 at a Boise care facility. Per Bill’s request no formal services will be held. Cremation is under the care of Rost Funeral Home, McMurtry Chapel.

Bill was born on February 24, 1945 in Bad Kissingen, Germany. He moved to the United States in 1953. He graduated from Glenns Ferry High School in 1963. In October of 1965 Bill married the love of his life, Donna Lenninger. Together they raised 2 children, Julie and William (Michael).

Bill served in the National Guard from 1966 to 1972. He also worked several years for Simplot before opening Bill’s Small Engine Repair. Throughout his 37 years of ownership, he spent numerous hours tinkering on lawn mowers, trimmers, chain saws, etc. You name it, he would repair it. Due to declining health, he was forced to sell his business in 2020.

He enjoyed fishing and attending his grandchildren’s sporting events. He also liked to watch football and was a big Colts fan. And let’s not forget his love of a cup of coffee and the Idaho Lottery scratch off tickets!

Memorials can be made in Bills name to The Mountain Home Meals on Wheels at 1000 N 3 E Mountain Home, Idaho 83647.

The family would like to thank LCCTV of Boise for their professional and compassionate care of Dad throughout this past year. You are truly Angels on Earth.