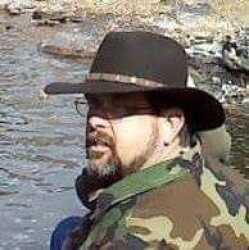 Brian Fairchild, age 55, as born on March 29, 1966, and passed away on September 25, 2021 at St. Lukes Hospital in Nampa, Idaho after a 2-week battle with COVID. He was preceded by his father Terry Fairchild and is survived by his five children Bradley, Kylie, Joshua, Gracie and Tanner, his granddaughter Esther, as well as his mother, Georgia, his bothers Patrick, Mark and David, his sisters Melissa and Bobbie-Kay, and his ex-wife Michelle.

Brian lived a very eventful life, enlisting in the US Army out of high school and joining the US Coast Guard Later. He was very active with the American Legion in his hometown of Mountain Home, Idaho and absolutely loved spending time with his children. Brian will be remembered by those who knew him for his zeal for life. Brian worked many jobs over the years, but had a fondness for sales with car sales in particular being a calling of his. He also managed several car lots, a couple restaurants, and drove long haul truck routes; during which he would often bring his children along and make fun stops along his routes. He was a man who encourage his children to be who they were at heart and was never afraid to let his nerd flag fly. One of the things he like was the looks he would get when wearing his Slytherin bathrobe while letting the dogs out or collecting his mail.

Brian’s memorial service is being held at a later date. He will also be inurned at the Idaho State Veterans Cemetery in Boise. Cremation was under the care of Rost Funeral Home, Mcmurtrey Chapel.