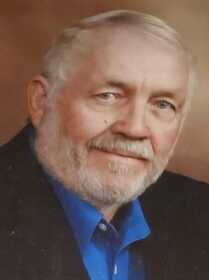 Edward Vernon Welsh passed away September 2, 2021 at his home surrounded by family. A Rosary will be held at 6:00PM at the St Bridget Catholic Church in Bruneau on Thursday, September 9, 2021. A Memorial Mass will be held at 11:00AM, on Friday September 10, 2021, at Our Lady of Good Counsel Catholic Church in Mtn Home and Inurnment will follow at the Bruneau Cemetery. Arrangements are under the care of Rost Funeral Home, McMurtrey Chapel.

Ed was born April 8, 1939, in Lead, South Dakota to Edward and Hazel Welsh. He graduated high school in 1956 from St. Theresa Academy in Boise, Idaho. Ed joined the US Navy in July 1957 until May 1962 as an aviation electrician. The rest of life, he spent working in construction. Large and small jobs all over the Northwest.

Ed is survived by his wife Patricia, and brother John (Cecelia) Welsh, his children Randy (Shelly) Swift, Carla Render, Eddie (Kareen) Welsh, Renee Welsh, Angela (Larry) OConnor. He has 22 grandchildren, 39 Great-grandchildren, and 4 great-great-grandchildren. He was preceded in death by his parents, Ed and Hazel Welsh, his sisters Connie and Tina, his son in-laws John Render and Stan Cole.

Ed loved his family and always encourage them to love each other. His favorite saying is “Love is the most important thing.”

Donations in Ed’s memory are requested to the Bruneau Fire Department and Quick Response.