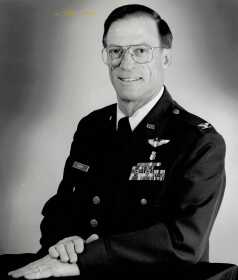 Stephen W. Baldwin, lovingly known to literally everyone as “Doc”, of Mountain Home, Idaho, passed away on Sunday, September 5, 2021, surrounded by his family, following a short battle with cancer.

Steve was born on May 23, 1940 in Tulsa, Oklahoma to Homer Ellsworth Baldwin, D.O. and Olive Thelma Baldwin. On December 4, 1971, Steve married Janice Duniphin in Tulsa, Oklahoma. Together they shared six children and fifty years.

Steve served in the Navy from September 1958 to May 1962. He then attended Kansas City College of Osteopathic Medicine from 1965 to 1970, receiving his Doctor of Osteopathy. Steve was in private family practice from 1971 to 1979. In 1979, Steve entered the United States Air Force, and was a flight surgeon until 1995, when he retired in Mountain Home, Idaho. During his military career, he became a highly decorated medical officer, including commanding an Air Transportable Hospital in Riyadh, Saudi Arabia during the Gulf War, and subsequently receiving the Bronze Star. Before his final retirement in 2005, he practiced at the Primary Health clinic on Broadway Avenue in Boise, Idaho.

Steve is preceded in death by his parents Homer and Olive, and a brother Wade Baldwin, D.O.

In lieu of flowers, the family requests that donations be made to:

The family would like to extend very special “thank you” to:

We cannot express the gratitude we have for the tenderness and love you showed for Steve and our entire family as you cared for him during his final days.