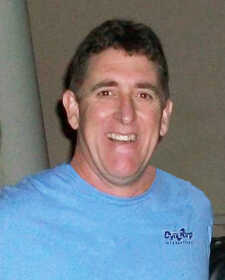 Larry was born December 15, 1962 in Mountain Home to James and Nancy C. Martin. He graduated from Mountain Home High School in 1981, then attended Boise State where he earned an Associates Degree in small business machines. Larry served a short time in the US Air Force before returning to Mountain Home.

In Larry’s younger years, he tried a few careers, including life guarding at a state park and working in a music store, which would remain a passion of his throughout his life. He furthered his career by making several trips to Qatar as a facilities manager. He also worked at Mountain Home Air Force Base and at the local Norco store for many years.

Larry loved skateboarding, bicycle riding (he competed in the Galena Summit ride), swimming, motorcycles, foosball, the Washington Redskins, and always the love for rocking music, which lead him to play in several local bands.

Because of his larger-than-life personality, Larry was a positive force for anyone he came in contact with. He was well-known for his Christmas jingle hat and for wearing scary Halloween masks for all the trick or treaters.