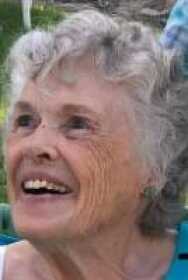 Elizabeth “Betty” Ann Bernadas, age 96, passed away peacefully in her sleep in the early hours on January 16, 2021. A private Graveside Service was held at Mountain View Cemetery in Mountain Home. A celebration of Betty’s life will be held at noon on Saturday, July 24, 2021 at the Bruneau Community Park in Bruneau. Arrangements were under the care of Rost Funeral Home, McMurtrey Chapel.

Betty was the third of eight children born to Lauri and Faye Lahtinen in Bruneau, Idaho on October 13, 1924. Betty grew up on the family homestead and graduated from Bruneau High school in 1942.

After high school, Betty worked in Seattle as a riveter during WWII, coming back to Idaho to enlist in the Army Air Corps and work at the Mountain Home airbase. In 1945, she married a soldier, Emile “Bud” Bernadas and moved to San Jose, California. Betty was a homemaker and the busy mother of four children. Betty was an amazing baker, gardener, seamstress, and an avid reader. Later, she was as an associate for San Jose’s Orchard Supply Hardware. In 1989, she retired after 25 years. She returned to live in Mt. Home, Idaho to be close to her siblings. Betty sewed dozens of beautiful quilts for her family during these years, enjoyed playing cards, working on Sudoku and crossword puzzles, volunteering at the Senior Center, watching baseball and football games. Her family celebrated her return to California with a 96th birthday party, and Betty spent her final three months of life surrounded by her daughter, Lorraine and loving family. Betty was happy, healthy, and “sharp as a tack” until her death. 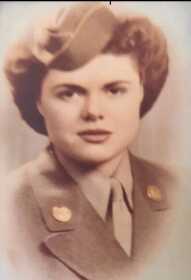 Betty will be remembered for her love of children, her strength and independence, her conviction, her devotion to her family…and her twinkling brown eyes. Rest in Peace, Betty. You were cherished and deeply loved.

Donations in Betty’s Honor can be made to: Firstbook.org or unitedthroughreading.org