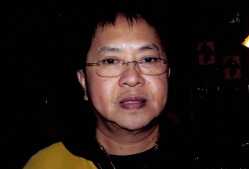 Jesus Gadia Tapiador, “Jesse” as he was fondly called by family and friends, age 64, passed away at a Caldwell hospital on December 10, 2020. Cremation is under the care of Rost Funeral Home, McMurtrey Chapel.

Jesse was friendly and upbeat at gatherings, a church goer who loved to dress up casually. He once mentioned that he was happy being single and living by himself. He was a supporter of local sheriff’s office and US veterans, as well as religious organizations.

When Jesse first arrived here in Mountain Home he right away worked at Pauls Market for a short period of 2 weeks. Then he worked at Albertsons for 10 years. Looking for a more challenging adventure he applied at DeCA Mountain Home Air Force Base. While working at Mountain Home Air Force Base commissary he also took care of his elderly mother. After 7 years of working at DeCA he became ill and applied for disability. When he couldn’t manage his home and health he moved to a Boise assisted living.

Jesse was admitted at West Valley Medical Center for other health issues for a month but while he was there he was contracted COVID. On December 1 he was transferred to the ICU on a ventilator, life support, and dialysis. He was not doing well and remained unresponsive per Doctor and nurse.

Jesse was given a “last rite”. A day or two after last rite, life support and dialysis were pulled because he had recovered but was still unresponsive and on a ventilator for COVID. For seven days he was fighting for his life but on the last three days he was slowing down. On December 10, 20 minutes before he passed away the hospital Chaplin gave Jesse his last prayer.

He is missed and we are sad.

He will be in our hearts and prayers.

He is at peace with the angels and saints with the Lord.