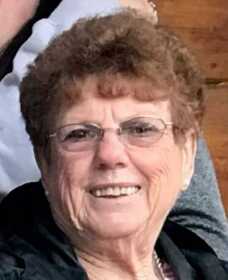 Thelma Cantrell, beloved wife, mother and grandmother passed away quietly at her home on Friday, December 18, 2020. Thelma was born to Raymond and Hazel Arnhart on February 9, 1937 in Klamath Falls, Oregon. At a young age her family moved to Caldwell, ID, where she graduated school. While living in Caldwell she met her husband J.C. Cantrell. They were married in Marsing, on September 27, 1953. In 1955, they moved to Mountain Home, where they started their family, she was a homemaker and later worked for the Mountain Home School District. She was also actively involved in Girl Scouts and 4-H with her children. She loved bowling, oil painting, crafts, fishing and hosting family get-togethers.

Thelma retired from the Mountain Home School District in 2004 after 17 years of service. She proudly served many kids in the kitchen and concession stand during her tenure.

Above all else, Thelma was devoted to her family. She was a dedicated matriarch not only to her children but to her grandchildren and great-grandchildren.

Private graveside services will be held. Memorial contributions can be made in her name to your favorite charity. Arrangements are under the care of Rost Funeral Home, McMurtrey Chapel.