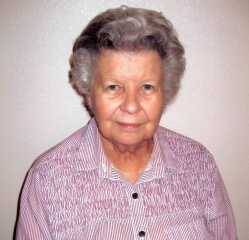 Patricia A.Webb, age 83, of Mountain Home, passed away at home on December 17, 2020. Per her request no services will be held. Patricia will be laid to rest with her husband at the Idaho State Veterans Cemetery in Boise. Arrangements are under the care of Rost Funeral Home, McMurtrey Chapel. Patricia was born in Shelby County, Kentucky to Oakley E. Reed and Alenne Eakins Reed. She was raised on a tobacco farm and attended school in Shelbyville. She graduated from Shelbyville High in 1955. She then attended Colorado Womens College in Denver, Colorado, where she met her husband, Berlin Webb, who was stationed at Lowery AFB, Denver.They were marred August 6, 1956 in Albany, Indiana. Being in the Air Force they were stationed in several states includingColorado, Idaho, California and Indiana. While stationed at Mountain Home AFB, they had 2 sons Brett and Bart. When Berlin retired from the Air Force in 1969 at Grissom AFB, Indiana, the family moved back to Mountain Home.At that time Patricia went to work in the school lunch program. She worked for 20 years and retired in 1989 as a School Food Service Manager. After retiring Patricia and Berlin started spending winters in Arizona and traveling nationwide, visiting relative and friends. Her favorite hobbies included ceramics, crocheting, quilting and fishing with her husband.Patricia is survived by her son Brett and his wife Cynthia Webb, her daughter-in-law Cindy Webb, 2 grandchildren and 1 great-grandchild. She was preceded in death by her husband, her son Bart and both her parents.In lieu of flowers, Patricia would prefer a donation to a charity of your choice.