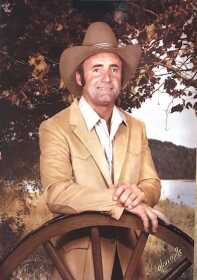 Richard Oliver Lord, passed away peacefully in his home, on December 10, 2020, with his son Preston, and daughter-in-law Linda, by his side. He was a beloved father, grandfather, great-grandfather, brother, uncle, and friend.

Richard was born on September 28, 1938, to Oliver and Maxine Lord. He grew up in Mayfield, Idaho, on the family ranch. His days were filled with hard work and the love of his family. Richard graduated from Mountain Home High School in 1956, and went on to attend BYU for a short time. His heart took him back to Idaho, where he met and married Carolyn Ford. Over the next couple years, Richard became a father to two beautiful children, Preston and Julie. The young family moved from Featherville, where he worked long hours logging, back to the family ranch in Mayfield, where he began his life as a rancher in Elmore County. He spent the rest of his life raising hay and cattle until his semi retirement in 2014, when he settled into a quieter life on his son’s ranch. His focus then shifted to caring for a collection of chickens, his garden and his two dogs, enjoying “the best coffee around” with his friends and the waitresses at The Manhattan cafe, drives out to the family ranch to visit his brother, Erin, and telling a few tall tales to his children, grandchildren, and great grandkids during family visits.

Richard will be remembered by his family and friends for his warm smile, always willing to help others, his kind heart, and being a very hard-working “Gentle Giant”.

He is survived by his son, Preston (Linda) Lord, daughter, Julie (David) Ristau, 8 grandchildren, 11 great grandchildren, his brother Erin, several nephews and nieces. He was preceded in death by his parents, Oliver and Maxine Lord, sister Patsy, and brother Bruce.

The family would like to thank the wonderful healthcare workers at St Luke’s Elmore and Horizon’s Home Healthcare and Hospice in Mountain Home.

Per Richard’s request, there will be no services. Cremation was under the care of Rost Funeral Home, McMurtrey Chapel.