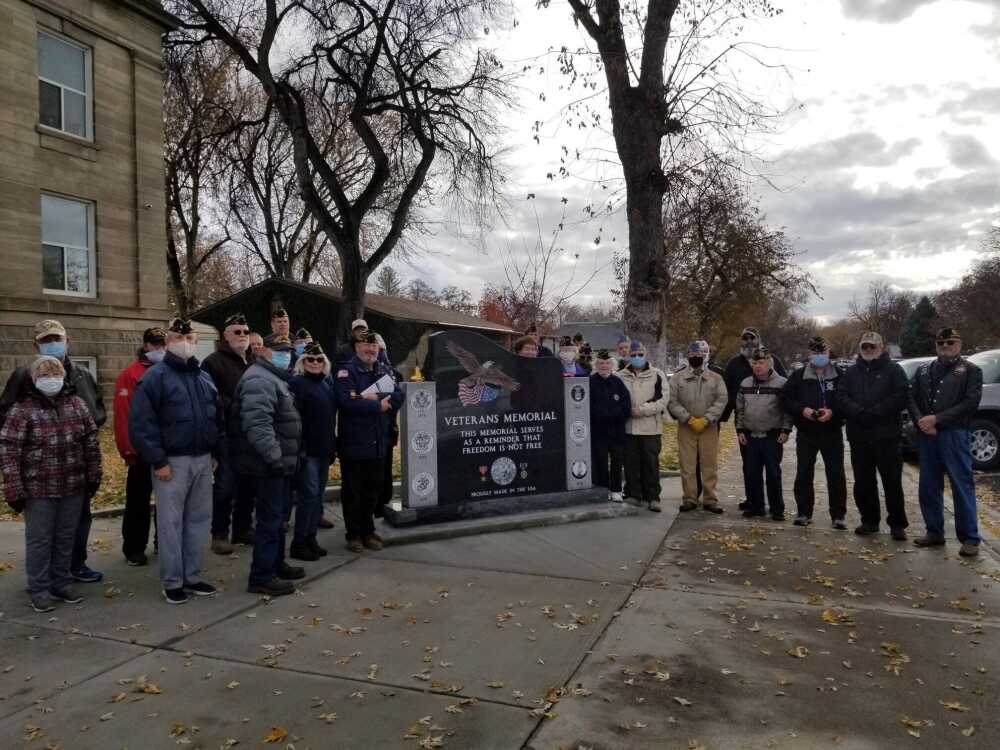 On Nov. 11, members of our community along with several Veterans groups and the American Legion’s Post 26 gathered in front of the Mountain Home courthouse to pay their respects to our Veterans

The ceremony was performed by the Post 26 Commander, Mark Russell. County Commissioner Bud Corbus attended, sharing a few words with those in attendance about how Veteran’s play a role in the community of Mountain Home.

The ceremony was concluded with a ringing of the bell and Taps, which is played to remember those who sacrificed their lives in service to the United States.

See this week's issue for the full story.