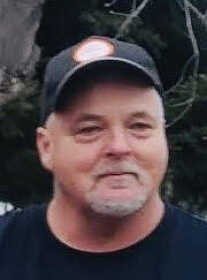 Many people living here in the northwest can glance into their backyard and see the carpentry work of Matthew Luke Holland. Matt was a builder and he built hundreds of storage sheds and outbuildings during his 56 years on earth. Among his favorite tools were a Milwaukee chalk line, an Estwing maple-handled hammer, and a Mikita skill saw.

Matt passed on to his heavenly reward on October 27, 2020 in Mountain Home, Idaho after a brief bout with cancer. His family described Matt in many ways: kind, funny, charming, hard-working, a great salesman. One thing’s for certain: Matt loved his children, mother, and siblings—and they all loved him back.

Matt was born on January 12, 1964 in Elkhart, Indiana to Ernest and Nina Holland. He graduated from Elkhart Memorial High School and worked several jobs, including food service at Penguin Point restaurant, and as an RV driver. After Matt got married he soon began his life-long career in construction. Though both of Matt’s two marriages ended in divorce, he always felt blessed by the five wonderful children those unions produced.

At heart, Matt seemed like a big kid. He loved pizza, eating buttered popcorn, and watching movies. His favorite movie was Cars, and a special place for Matt was “Cars Land,” a themed area at Disney Adventure Park. Matt also had a serious side. History, politics, and religion all interested Matt. Matt was a believer and a Christian, and this fact is comforting to many in his family.

A family-only memorial service for Matt is scheduled at the Boise Train Depot where his remains will be scattered. His family appreciates your prayers and all the good thoughts and memories you have of Matt.