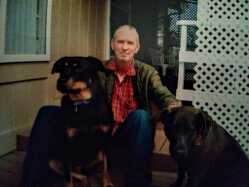 Dave Lewis Fost, age 62, of Bandon, Oregon, formerly of Mountain Home, died peacefully on August 19, 2020, with his best friend Lynda Ann by his side.

Dave was born on December 8, 1957, in Kellogg, Idaho and graduated from Mountain Home High School where he was a friend to all.

Dave had very fond memories of his time in the Navy where he advanced into navig tion . He was a man’s man respected women and would help anyone. He and Lynda married in 1984 and saved many a stray cat or dog and his huge, warm heart could never say no to just one more. 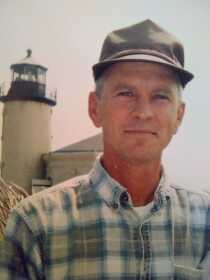 Dave was an awesome athlete, enjoyed music, fishing, a good meal, a beer (or two), spending time outdoors and quiet time. Sometimes a man of few words but when spoken, those words were true and strait.

Dave leaves behind his wife and best friend LyndaAnn Hilliard-Fost, his Mother Anna Fost, Sister and Brother-in-law Cheryl and John Bessaw, Brother and Sister-in-law Gary and Kerry Fost, and Sister Linda Fost as well as neices and nephews that he loved. He has a very special spot in the hearts of his in-laws as well, in particular his Brother-in-law Shaun Hilliard as well as Father/Mother-in-law Vern and Millie Hilliard, Sister-in-law Sharlene Eldredge, Sister-in-law Michele Moreno and Sister-in-law Amy Matuska as well as their families. A very good friend Mike Bingham was in Dave’s thoughts. Dave was preceded in death by his Father Harvey Fost as well as 3 good friends....Dave Tierney who was a navy buddy, Daryl Trippett from high school and childhood friend John Fahrner. Dave “the waking man” is with his dog Frankie again....