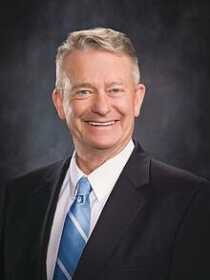 “Many Idaho families have been priced out of Affordable Care Act coverage, and the D.C. Circuit decision assures Idahoans access to additional, affordable coverage options that could make sense for their needs,” said Governor Little.

On July 17, 2020, the U.S. Court of Appeals for the District of Columbia Circuit said in a 2-1 decision that the administration had the legal authority to increase the duration of the health plans from three to 12 months, with the option of renewing them for 36 months.

During the Obama Administration, short-term plans were limited to three months, stemming from concerns that healthy people were exiting the ACA (Affordable Care Act) marketplaces. In 2018, the Trump Administration rewrote the rules, allowing customers to purchase short-term plans for up to 12 months with the option to renew them twice.

The ruling affirms the ability of all short-term plans, including Idaho’s Enhanced Short-term Plans, which are comprehensive plans with essential health benefits that provide an alternative for Idaho families needing affordable coverage, especially those who are unable to obtain the more expensive ACA plans or do not qualify for a subsidy.

Idaho had submitted an amicus brief in support of the Trump Administration and in support of economical health care choices for Idaho families.

In 2019, Governor Little signed House Bill 275 after the Idaho Legislature nearly unanimously passed the bill. The legislation called for the Idaho Department of Insurance (DOI) to establish Enhanced Short-term Plans. Since then, DOI has approved five plans and rates. Of these five plans, three plans are offered by Blue Cross of Idaho and two plans are offered by SelectHealth. Other health insurance carriers are expected to follow in their footsteps. Nearly 3,000 Idahoans have purchased Enhanced Short-term Plans as of June 30, 2020.