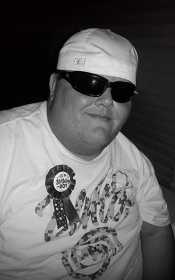 Michael Keith Harder quietly passed away at his home in Mountain Home, on March 13, 2020, at the young age of 31. He will be greatly missed.

Mike is the son of the Teresa Grausam and Steve Harder. He was born on August 9, 1988, in Twin Falls. He was the husband of Ashley Turner. They were married on March 14, 2015, in Boise. Mike and Ashley shared a beautiful daughter together.

Mike was a recent graduate of Paul Mitchell Cosmetology School and was working as a barber at Continental Barber and Beauty Salon doing what he loved.

When he wasn’t working or spending time with his daughter. You could find him down by the river fishing or hunting. He also loved dancing and doing anything he could to make everyone smile. He was an amazing father and a great friend to all.

The celebration of life will be announced at a later date.