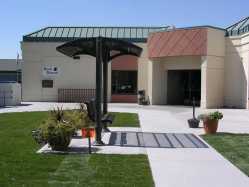 The Feb. 5, meeting of the Mountain Home Library Board of Trustees was the first meeting since Mayor Rich Sykes was appointed to the board. Although there was controversy in the fact that the mayor had appointed himself to the board, he was welcomed warmly as the meeting began by fellow trustee, Nadine Roberts.

It was Roberts' last night serving on the Mountain Home Public Library Board of Trustees, as her term has ended. The Chair, Bonnie Sharp, presented her with a commemorative plaque as all of the trustees thanked Roberts for her service.

The most interesting idea of the night came from Library Director, William Lamb who would like to investigate the feasibility of creating a library district, as mentioned in his Letter to the Editor in last week’s issue of the Mountain Home News.