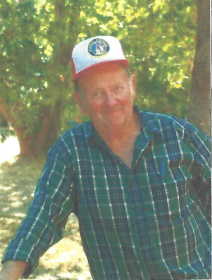 John Warren Root Jr., 85, passed away on Saturday, February 1, 2020. Services will be held on Thursday, February 6, 2020, at Rost Funeral Home, McMurtrey Chapel with a viewing from 11:00AM, funeral service will begin at 12:00 noon and burial will follow at Mountain View Cemetery.

He was born in Lincoln, Nebraska on November 17, 1934. John and Margaret Root raised John as a farm boy. John went to Port Angeles, Washington to live with his grandparents and uncle. He joined the US Army, at Fort Lewis, Washington on December 1, 1952, at the age of 18. After training he went to Korea. In 1958 John came to Boise and was employed as a greens keeper at Hillcrest Country Club and he also worked as a fireman and spent time as a diesel mechanic. John took the exam for the Idaho Transportation Technician and scored third statewide on that exam. John worked nearly twenty years for the Department of Idaho Transportation. He retired in 1994 with many awards.

His last stop was Tipanuk, Idaho, where he lived for 23 years and he could see Danskin Mountain, Bennett Mountain and the Owyhee Mountains. John constantly tried to instill a desire to his sons to hunt and go fishing to really enjoy the outdoors. Now at 85 years he has been blessed by the Lord Jesus for a long life. He lost majority of his friends who passed before him. He now gets to join those he lost, on a new journey.

He was a life time member of American Legion Post, Veterans of Foreign Wars, and a Disabled American Veterans where he held many positions and received many awards. John passed away telling his jokes and singing.

John is survived by his sons Timothy Root and Shawn Root, his stepson Delmer (Susan) Ayers, adopted daughter Sinette and her dog Stinker, brothers and sisters; Jack, Phillip, Danny, George, Margaret, Ida, Peggy, Phyllis, Kay & Marti, his favorite nephews Charles, Johnny and Scott, favorite nieces Stacey and Wanda. He was preceded in death by his parents and his son David.