This Month in History: The prohibition Era went into effect Nationwide 100 years ago 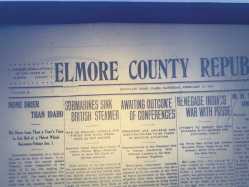 In the late 1920s and early 1930s jails were overflowing, the court system was overwhelmed and millions of what once were law abiding citizens were considered criminals.

Crimes were being committed in-almost-plain site and violent criminals were being glamorized by the public, Hollywood and the media across the country.

How did a nation whose very roots were grounded in religion come to this?

In the late 1800s a movement began in the United States pushing for national temperance, not just saying the morally righteous shall abstain from alcohol, but that the government should outlaw the devilish substance all together.