Our Medicaid Expansion is Throwing Thousands off Their Insurance 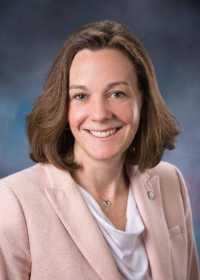 Nearly fifteen thousand Idahoans will be losing their insurance because of the passage of Medicaid Expansion. While this may come as a surprise to some, the House Republican Caucus worked hard to warn Idahoans and on November 1, Idaho’s Medicaid Expansion open enrollment started. One of largest consequences of the expansion is that anyone who falls in the zero to 138-percent of the federal poverty level is now eligible for Medicaid. While supporters of the mandate may be rejoicing, what this does is automatically force people who were once happy with their insurance coverage through the exchange, off, and they automatically become ineligible to purchase that insurance on the exchange again.

A paid-signature-gathering group and the Idaho Democrats failed to give people the complete picture of what would happen to their insurance. By focusing solely on those without insurance that would benefit from Medicaid coverage, they completely ignored the plight of Idahoans that had existing insurance coverage. Now, instead of participating in one of the most successful state health exchanges in the United States, Idahoans with quality insurance coverage are being shoved onto public assistance, with no real recourse.

The Prop Two salespeople also left out the fact that the Medicaid plans being imposed upon these fifteen thousand people is not insurance. It was never intended to be insurance. The program was created to be a government safety net. Medicaid participants are not guaranteed a choice of doctor or provider. Why? Because doctors and providers get to choose if they want to accept Medicaid or not, and they can even limit the number of Medicaid patients they treat and the scheduled time they have to treat them. As if that isn’t bad enough, those covered by Medicaid can’t even pay cash for treatments they choose outside of the Medicaid Provider Network. That is prohibited by Federal law.

The Legislature attempted to address this problem last session. It required the Idaho Department of Health and Welfare to request a waiver to allow Idahoans to keep their private insurance if they choose to, even if it was determined that they were eligible under Medicaid Expansion. But, that waiver hasn’t been approved. My heart goes out to these people. Through no fault of their own, they have been thrown into a difficult situation. Some may not even realize they are on Medicaid until they receive their card from the Department of Health and Welfare in January.

As it currently stands, good Idahoans will lose their coverage to yet another undisclosed consequence of the Medicaid Expansion promoted by out-of-state funding and interests.