Harris retires after 35 years of service 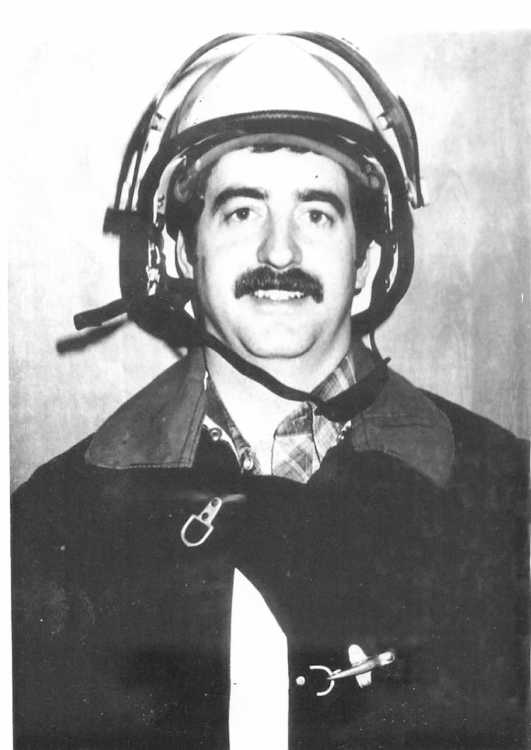 When someone joins the MHFD their photos is taken and added to the collection of photos of past and present firemen that lines the walls of Firehouse #1. This photo was taken of Dave Harris in 1984.

After 35 years as a volunteer member of the Mountain Home Fire Department Dave Harris has decided it is time to retire.

The life-long Mountain Home resident joined the department in February of 1984. Harris had a number of friends who were members of the department, which got him interested. At the time there were about 24 positions within the department and when a position opened up a few of his friends asked him to become a member. After initially turning it down, Harris soon thought it over and decided to try to join after all.

A lot of firemen have come and gone over Harris's 35 years. He has worked under four different Fire Chiefs. He began his career under Tom Hiler, then Phil Gridley, Allen Bermensolo and retired under current Chief Mark Moore.

The department has also grown in the number of members- now budgeted at 36 volunteers- and in technological innovations. Equipment has changed a lot over the years and according to Harris MHFD has been on the cutting edge of the advancements in the field.

The city and the rural districts "have done a wonderful job keeping up with equipment. We have some of the best equipment in the state," Harris said.