Outage shuts off power to Air Force base 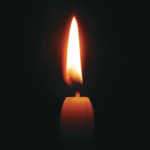 A primary meter system failure was linked to an outage that cut off electrical power to Mountain Home Air Force Base on Thursday.

The outage was reported at 11:30 a.m. with crews from Idaho Power expected to take up to two hours to reach the base due to current winter weather conditions.

Electrical power was starting to return to some base facilities early in the afternoon with airmen returning to their duty sections to resume normal base operations, according to 2nd Lt. Kevyn Stinett, a base spokesperson.