What Kind of Culture Defines Your Mountain Home Subdivision?

The following story has been submitted by a user of mountainhomenews.com. To submit your own story to the site, click here.
User-submitted story by Scott Setterlund 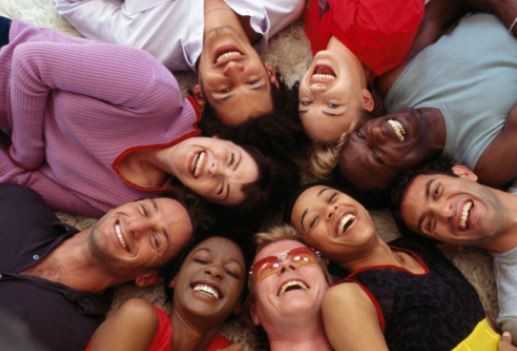 Over 50,000 years ago, when human societies were first discovered, anthropologists were amazed at the primitive cultures that characterized the way they lived. Some were defined by the foods they ate, the animals they worshiped or the art they created.

The results of these early societies defined culture. Modern philosophers like E.B.Tylor, have defined culture as "that complex whole which includes knowledge, belief, art, morals, law, custom, and any other capabilities and habits acquired by man as a member of society."

Certainly, when you purchased your house and signed all those closing documents, you may have not realized that you were acquiring a set of habits, called covenants or CC&Rs, which form the foundation of the culture into which you were buying.

The covenants are registered with the State and are legally binding. They hold all homeowners to a certain set of behaviors and are enforceable by law. For example, covenants may say to keep trash cans out of site when it's not garbage day or to store recreational vehicles behind a fence or to maintain a yard in an acceptable condition. Covenants ensure a standard of living that is shared by every homeowner. It is these standards that contribute to defining a subdivision's culture and adopted customs to be accepted as a member of society. Some covenants are strict, some silly, some not restrictive enough. Nonetheless, covenants are those set of living habits by which every homeowner must comply.

Societies have always used signs or symbols to identify themselves. Flags are commonly used to identify a country. Logos are used by companies to differentiate themselves; Apps on our phones to identify programs. An entrance into a subdivision is used in the same manner as a way to identify a community. In addition to the entrance, subdivisions are defined by their shared amenities, the layout of the subdivision, the variety of shrubs, flowers and trees used, the amount of front lawn space, driveway space, the placement of ponds, pools, fountains or whether the back yard is fenced. Collectively, the developer designs each subdivision to contain amenities, and further identifies the development by using a sign and/or a symbol. Homeowners sense these signs as a flag of sorts.

The HOA Board: High Responsibility for Zero Pay

A volunteer, unpaid, board is elected to ensure the governance of subdivision's covenants, to ensure the proper function and operation of the association, and to oversee the maintenance and preservation of those common amenities. These individuals represent the voice of all members of their association. As with any leadership, their influence impacts the culture with the people they govern. Enforcement or better yet, the process of enforcement can be rather strict or relaxed depending on the leadership style. Many Board members lack the necessary skills to enforce or the resources to navigate the inherent social dialog by a collective body of owners.

An HOA Board is the catalyst to the collective culture within their subdivision. Based on their demeanor, their leadership styles, their ability to resolve issues, to communicate with their membership or to move the subdivision toward growth and evolution. A Board's personality can dictate and directly influence whether homeowners are engaged in their community.

Measuring a Subdivision's Culture: The Percentage Who Comply

Renters are less likely to have a stake in their subdivision and subsequently less likely to comply with the shared behavior of owners. When living in a subdivision with a high percentage of owners v. non-owners, the difference is in how each owner relates to their space and to their environment. Owners plan to stay, renters live temporarily.

Homeowner associations present a complex and dynamic scenario. The present culture is the result of the owners who chose to live as a member within a subdivision and who have acquired the knowledge, beliefs, morals, laws, customs, and habits. If your subdivision is struggling, chances are the culture has not been addressed adequately by your HOA Board. Ignorance to our fellow neighbors is, sadly, a sign of today's lack of awareness. If your subdivision needs support, please contact MGM Management at (208) 846-9189 or visit www.gomgm.com for more information.