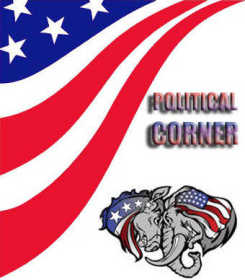 First I would like to welcome you to our Mountain Home News Web Site.

The Mountain Home News is dedicated to providing a pleasant reading space for our reader to visit with topics of interest to all our readers. We have set up a specific space for your Political opinions and information sharing and comments in the New Political Forum. This is not the space for political candidates or endorsements as that is an advertising issue that we too would be glad to help you with but an information sharing pool for our readers in general. Information of this nature placed in the Banter Box will be removed so we encourage you to follow the rules. All political issues be it party, candidates or voting issues are specific to the Political Forum. We also offer Blog Spots for anyone inclined to have their own personal blog be it cooking, gardening, political or their own special topic of interest. Please remain on topic when it comes to these blog spots and story lines. Stories are specific in nature and topic so please keep comments relevant. If you have a suggestion on Blog Topics or Forums please share those ideas, or you yourself apply for a personal blog. We encourage participation for a expanded and extended reading pool. We want our website to be a go-to information spot for news stories or our advertiser's services.

I do this after correspondence and personal calls asking that the nature of our home page be a more user friendly first impression. I am making the changes as an acknowledgement to their concerns but I also believe in your right to that opinion as that is where the melting point of knowledge comes from in my opinion. I have always expressed and try to abide by the "one persons truth is another's lie" and in all fairness have met in the middle for all involved. I don't have to agree or like it but at the same time I also am providing our readers the option to choose to read posting of this nature and/or participate rather than discontinuing the comment space for postings of this nature. Some love it and some really dislike it so this is best I can provide for both worlds. As with all postings we ask that you be respectful of others in their opinions, refrain from name calling and under no circumstances will the calling out of another individual be allowed. Respect as you would appreciate in turn.

We reserve the right to exclude entries that we deem disrespectful, threatening, obscene or in other ways objectionable.

Comments
View 1000 comments
Note: The nature of the Internet makes it impractical for our staff to review every comment. Please note that those who post comments on this website may do so using a screen name, which may or may not reflect a website user's actual name. Readers should be careful not to assign comments to real people who may have names similar to screen names. Refrain from obscenity in your comments, and to keep discussions civil, don't say anything in a way your grandmother would be ashamed to read.
Respond to this story