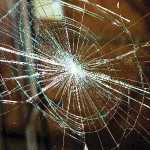 A woman critically injured in a multi-vehicle crash on the interstate Jan. 24 died from her injuries later that day.

The accident occurred during the ice storm that struck that day.

Alicia Rodriguez, 51, of Burley was one of many people injured in the 17-vehicle pileup that happened around 5:20 a.m. that morning near milepost 117 west of Glenns Ferry.

According to Deputy Ray Page with the Elmore County Sheriff's Department, Rodriguez was driving her 2003 Pontiac Aztek westbound on the highway when she lost control on the ice-covered roadway. The car spun out of control on the ice and crashed into a highway barrier.

Initially stepping outside to check on the damage to her vehicle, Rodriguez apparently tried to climb back into her car as a semi and other vehicles approached, the deputy said. Unable to stop, the semi struck the front of the car with the force of the collision sweeping and then trapping her underneath the vehicle.

Rodriguez sustained massive head trauma as a result of the collision with the semi. That accident then triggered a chain-reaction crash involving 17 cars and semis. The crash happened about an hour before an 83-mile stretch of the interstate was closed due to the winter storm, which blanketed roads with a quarter inch of ice.

The weather posed significant challenges for emergency crews trying to reach the crash scene, Page said. An extrication vehicle from the King Hill Rural Fire District sustained extensive front-end damage when it spun out of control in route to the multi-vehicle collision and struck the rampart on the China Wall west of Glenns Ferry.

The hazardous roadway required emergency responders to adapt to the deteriorating conditions. Rescuers had to reach a crash scene on foot. By then, law enforcement patrolmen had already pulled Rodriguez out from beneath her vehicle.

The ambulance crew transporting the critically injured patient then struggled to reach Elmore Medical Center, according to Page. Driving up the Hammett hill area near milepost 106, the rescue crew was following a truck spreading sand on the ice-covered highway. However, the truck ended up sliding off the road, prompting the ambulance crew to drive off the road in hopes of gaining traction. Slowly, they made their way to the hospital.

She was then taken to St. Alphonsus Regional Medical Center in Boise where she died from her injuries.

A funeral for Rodriguez was held last Thursday with her burial following in Burley.