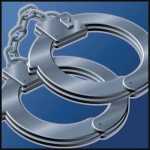 A former teacher with the Mountain Home School District was arrested this week in connection with a sexual assault case in Boise.

Grant A. Bothen, 42, was charged with two felony counts of sexual abuse of a minor under the age of 16 and one count of disturbing the peace.

Bothen, an Eagle resident, previously served as a physical education teacher at Hacker Middle School. He was removed from his teaching duties last May after the school district was notified he was under investigation.

Based on the investigation, "none of the children in our school district are involved," said district superintendent Tim McMurtrey. "It (the charges) has nothing to do with our children."

According to a press release from the Boise Police Department, detectives with the Boise Police Special Victim's Unit investigated the case and found the alleged crime occurred in a Boise home between January and May of 2012. Both the victim and suspect know each other.

Officers submitted their investigation to Ada County prosecutors, who issued an arrest warrant for Bothen, who turned himself into the Ada County Jail on Oct. 10.

School district officials in Mountain Home were kept appraised of the investigation, according to McMurtrey.

Bothen was released from confinement after he posted a $50,000 bond. The victim in this case is receiving services through the Boise Police Department's Victim Services Unit.