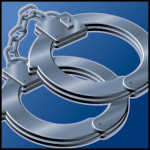 Mava Terhaar, 51, an employee of the Elmore County Department of Motor Vehicles, was arrested Thursday night on charges related to the alleged embezzlement of more than $270,000 from the DMV office.

After being booked into the Elmore County Jail on six counts of misuse of public funds, following her arrest by Elmore County Sheriff's Office deputies, Terhaar posted a $10,000 bond and was released. The maximum penalty, if convicted, is 14 years in prison and a $10,000 fine on each count.

She is scheduled to appear in Elmore County Magistrate Court before Judge George Hicks on Aug. 12, at which time it will be determined as to whether or not there is probable cause to bind her over to district court on the charges. The warrant detailing specifics of the case remained sealed by the courts as of Friday morning.

Terhaar began working in the DMV in October of 1987. According to Detective Clint Andrus of the Elmore County Sheriff's Office, "we've got documentation since 2000," concerning the alleged improprieties.

Local authorities were initially alerted to the possible embezzlement in June by the Idaho Department of Transportation, and began their investigation immediately. The case itself, due to possible conflicts of interest, was turned over by county prosecutor Kristina Schindele to the Ada County Prosecutor's Office. After reviewing the investigation they issued a warrant for Terhaar's arrest Thursday, July 30.

According to Andrus, Terhaar allegedly would enter all the proper information into the DMV computer, showing a plate or tag had been purchased. Then, after the registration was entered, with the proper payment listed, it was deleted, and then re-entered without any amount, which was then allegedly pocketed. That process would mean that the state, believing the plates or tags had been paid for, would then issue them.

Andrus said a similar case, using a similar method, had occurred in Canyon County earlier this year, at which time IDT began looking at the rest of the state "to see if it was happening anywhere else." An ITD forensic specialist began looking at where the greatest losses were, and Elmore County was one of "three or four counties" that were flagged by the specialist for further investigation, he said.

Shortly after Elmore County detectives began their investigation, Terhaar was placed on administrative leave, with pay. As the investigation proceeded she was suspended without pay, then given a notice that she would be terminated. A termination hearing was held at her request, but a few days later she notified the county that she would not pursue her appeal rights, and she was fired on July 6.

Andrus said the investigation is continuing, and the dollar amount allegedly taken "continues to rise."

He also said that other arrests and other charges involving additional suspects are likely. The other individuals being investigated are not current county employees.

"I think you'll see more charges will be filed down the road," he said, without disclosing who those individuals are, or indicating how they may have been involved in the case currently under investigation.

"We'll keep going with it and do anything we can to get anyone who might have involvement with it, because every time you go down a county or state road and see a pothole it's one more pothole that can't be fixed, because the money was placed somewhere else. It's money not put where it was needed," he noted.

The local DMV office is technically under the jurisdiction of the Elmore County Assessor's Office.

Comments
View 59 comments
Note: The nature of the Internet makes it impractical for our staff to review every comment. Please note that those who post comments on this website may do so using a screen name, which may or may not reflect a website user's actual name. Readers should be careful not to assign comments to real people who may have names similar to screen names. Refrain from obscenity in your comments, and to keep discussions civil, don't say anything in a way your grandmother would be ashamed to read.
Respond to this story