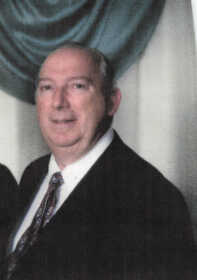 Adrian Leroy Perrine of Mtn. Home passed away on September 28th, 2021 at home with his family by his side. Adrian was born on July 31, 1941 in Nezperce, Idaho to Mark and Nell Perrine. He graduated from Nezperce High school in 1961. He held multiple jobs as a young man growing up.

On June 26, 1965 Adrian married his sweetheart Audrey Kay Straw in Grangeville, Idaho. They moved to Pomeroy where he worked at Lower Granite Dam. Adrian and Audrey later moved to Lewiston where he graduated from Lewiston Clark State College with an associates in drafting. After graduating he held multiple positions within Potlatch for 12 years. Adrian decided to move his family to Mountain Home in 1982 where he started a real estate career working for Wayne Deboer.

In 1987 Adrian bought Mountain Home Sewing and Vacuum where he loved to tinker on his machines but even more he loved to visit with his customers. Adrian owned and operated his business until 2018 when he decided he had to retire due to his health.

Adrian was an avid outdoorsman who enjoyed fishing, hunting and camping. Adrian loved to go on long drives to the mountains with his family. He loved to spend time with his grandkids, they brought a lot of laughter into his life. He was the grandpa on the sidelines to every game.

He is survived by his Loving wife Audrey of 56 years, his daughters Joell (Jody) Soboslai, Jessica Mesillas and husband Esteban, and Anna Starkweather. He had four grandchildren Rebecca Soboslai, Casey Soboslai, Chase Mesillas and Lucus Mesillas all from Mountain Home. He had one Great Grandchild Brooklynn Nemeth. Two brothers: Ed Perrine and Donna Jean, Terry Perrine and Arlene. Three sisters: Dixie Farmer, Helen Blake and Darlene Thompson, and many nieces and nephews. He was preceded in death by his parents Mark and Nell Perrine.

Services will be held October 9th at the Nazarene Church at 2 o'clock. Luncheon will follow after at the Elks.

In lieu of flowers, the family request donations to Treasure Valley Hospice.