HONORING THE VICTIMS OF THE TRAGEDY IN INDIANAPOLIS, INDIANA 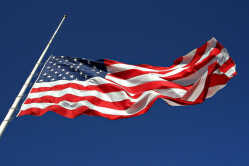 As a mark of respect for the victims of the senseless acts of violence perpetrated on April 15, 2021, in Indianapolis, Indiana, by the authority vested in me as President of the United States by the Constitution and the laws of the United States of America, I hereby order that the flag of the United States shall be flown at half-staff at the White House and upon all public buildings and grounds, at all military posts and naval stations, and on all naval vessels of the Federal Government in the District of Columbia and

CENTRAL DISTRICT HEALTH — In response to today’s recommendation from the Centers for Disease Control and Prevention (CDC), Food and Drug Administration (FDA), and the Idaho Department of Health and Welfare (IDHW) to pause the use of the Johnson & Johnson (Janssen) COVID-19 vaccine, Central District Health met with vaccine providers to share information and discuss potential impacts to upcoming appointments scheduled to receive the Johnson & Johnson vaccine.

April 9, 2021 - BOISE, Idaho – Republican Leadership from the Idaho House and Senate just received credible information that the Idaho Department of Health and Welfare (IDHW) is and has been registering the immunization status of Idaho adults for years.

Crime rings across the globe are exploiting the COVID-19 crisis by attempting to commit large-scale fraud against multiple state unemployment insurance programs, and Idaho is not exempt.

These crime rings possess large databases of stolen personally identifiable information which is used to submit a large volume of applications for unemployment benefits. Scammers use the names and addresses of Idaho residents, but then have payments sent to bank accounts in other states or have bank cards mailed to different addresses.

The Denim Day story begins in Italy in 1992, when an 18-year-old girl was raped by the 45-year-old driving instructor who was taking her to her very first driving lesson. He directed her to an isolated road, pulled her out of the car, removed her jeans, and forcefully raped her. 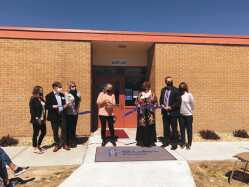 The unit is a Medicare-certified, skilled nursing facility serving adults whose health concerns prevents them from living independently. They are able to provide short-term, long-term, or end-of-life care, offering a comfortable environment to assist residents and their families feel at home.

Christmas 2020 Railroad Park
Celebrating 60 years of Air Force Appreciation Day
Flyover Salute to Healthcare Workers, First Responders and other Essential Personnel
This Week's Stories
Last week's most read stories
Poll
Posterboard
View more
In today's video, Ranger Kate is reading "Where do Mountains Come From, Momma?" by Catherine Weyerhaeuser Morley.
Calling all Jr. Rangers! Join ranger Morgan Smith on an adventure down the John Muir Trail in a search for bald eagle habitat! Do you think Harriman State Park of Idaho has a suitable habitat for bald eagles? Watch this and find out.
Junior Rangers, join Tara as she takes you to see some awesome geologic features in Castle Rocks State Park!
Join Rangers as we explore different topics throughout City of Rocks National Reserve and Castle Rocks State Park in southern Idaho.
Current conditions

OFF TOPIC FROM A POSTED STORY!! Post it here! This space is reserved for reader sharing and observations in an easy reading friendly chat space that is non-business, non-political orientated.

ALL comments of a political nature are to be placed in the Political Forum. Placing political opinions in other spaces will be deleted unless specifically relevant to a posted story. 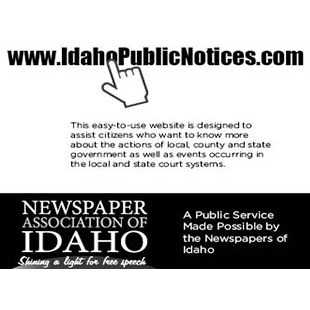