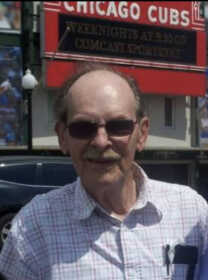 Anthony Francis (Tony) Davis passed away peacefully on September 16, 2021 at his home surrounded by family and friends. Arrangements are under the care of Rost Funeral Home

Tony was was born April 22, 1930 in Chicago, IL to Anthony W. and Frances Davis (Brunke). He attended Carl Schurz High School in Chicago. Tony married the love of his life, Geraldine (Geri) Treiber on June 30, 1951 in Chicago, IL at St. Hyacinth Church. From this union, four children were born, Evelyn, Diana, Teresa, and Stephen. He worked as a civilian HVAC Technician with the US Department of Defense which brought him and his family to Mountain Home, ID from Chicago in 1974. He retired in 1989 and dedicated his time as a Fourth Degree Honorary Life Member of the Knights of Columbus Council #3703, Elks Lodge #1714, and the American Legion. Tony and his wife were scout leaders with the Boys Scouts of America for over 25 years.

Tony was active in his church, Our Lady of Good Counsel where he sang in the choir. He also enjoyed hunting, fishing, time with friends, and was an avid Chicago Cubs and Bears fan.Tony was preceded in death by his parents, Anthony and Frances, his wife Geraldine, his daughters Teresa and Diana, his brothers James (Connie) and Joseph, his sisters Doris Kosabucki and Lois Kolodziejski.

He is survived by his brother Charles (Joan) Davis, his children Evelyn and Stephen Davis. His granddaughter, Rozlyn Davis-Pagán, Great-grandchildren, Kristin Pagán, Justin (Samantha) Pagán and Jennifer Pagán-Williams (Damon), Great-great grandchild, Kristopher, and a host of family and friends who loved him.Tony loved his family and adored his friends.The family would like to express sincere gratitude to Steve and CJ Nemeth for their unwavering love, care, and support. Tony thought of you as his family. Your support means more than we can express.Tony wished to be cremated and laid to rest with his loving wife at Mountain View Cemetery. His legacy will live on in the hearts and minds of everyone who had the pleasure of meeting him. A celebration of life will be held at a later date.In lieu of flowers the family wishes memorial contributions be made to Our Lady of Good Counsel Church.