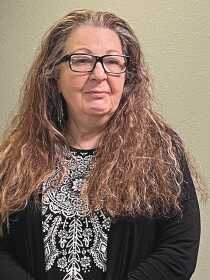 So, all the talk Thursday morning, July 8th was that Taco Johns was closed, after a FB posting Wednesday showing the “permanently closed” on the drive-thru had shown up. It then took to the express lane of comments on the social media highway.

What happened to one of the few remaining in the Treasure Valley and a local favorite if for nothing else than those crispy salty Potato Ole’s?

When driving over Friday morning in an attempt to talk to anyone, there was a Cintas Van and driver in the back of the building, who was polite and then went back inside with nothing to say and a u-haul pickup sitting further back in the lot. I approached the person sitting in the truck and introduced myself asking if he was an employee or owner. He identified himself as a manager for the owners. I then asked what had happened. The next thing out of his mouth was “no comment.” He then went on to say, “it’s a business decision it was not making any money. it is an old building in need of a lot of repairs.” I asked again to confirm that this was a business decision, and once again he replied, “no comment” and that he did not want to be published in the paper saying anything. He just did! I then asked if the employees had been given any notice of the closure or did they just come to work their shift and found a “closed permanently” sign on the door? he once again replied “no comment.”

I had noticed on the large business billboard that it had on it “Closed AC broken” before the actual total shutdown, and it still does. The menu boards are bare, and the small round logos over the drive-thru have already been painted over. All the doors and drive-thru windows have the same “closed permanently” sign on them. Their last FB posting is on July 7th for a breakfast burrito, and the website currently still shows them listed. The only others listed in the popular fast-food chain are Twin Falls and Grangeville in Idaho, with one in Montana. I guess it will have to be one of those road trips adventures to feed your craving for what many will still miss.

Taco Johns locally has a long history from High School lunches to family Taco Tuesday nights and always the Potato Ole’s in your sack along with the dozens (literally) of tacos. It also included, for many, their first job and in its heyday, a fun, favorite teen and family “go-to”. It had lost its luster when it changed hands a few years back. When talking to people there was always the “when Carolyn owned it, it was so much better” comment and what they missed under the new ownership.

We hate to see any business shut down locally. Mountain Home is actively recruiting new businesses, surely not wanting to lose them, so we are sad to have to say goodbye to this one. I wish there was more to share, but that is all I have been able to find out other than the “no comment” and the little said in between them. If we find out more in the interim, we will let you know.