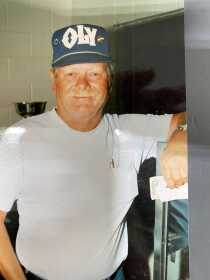 Harley Gene Lekvold age 75 of Mtn Home, passed away in Boise, ID on June 2nd 2021 with family present. Cremation was under the care of Cremation Society of Idaho. Harley requested no funeral services be held, instead a celebration of life was held on June 13th at his favorite place to hang out, the Elks Lodge in Mtn. Home.

Harley was born in Scobey, MT to Louis and Frances(Hermanson) Lekvold he grew up helping his father in the family body shop fixing cars, helping his Uncle Hank and his Aunt Ruby Hanson on their farm, hunting and shooting at the local trap range,

After graduating from Scobey high school he joined the Air Force in 1963 where he was able to travel the world and live places and see things some people can only dream of, some of those include Japan, Germany, South Vietnam, Switzerland, Spain, England, Holland, Denmark, Belgium, Luxembourg and the country of his heritage Norway. Harley traveled to a majority of the states as well and lived in a handful of them, His last duty station was Mtn. Home AFB, ID he arrived in 1976 he met Sharon there and had two children Jason and Heather. He retired from the Air Force in 1983 after 20 years and 24 days in service, He already had his next job lined up where he was the manager of the Trap & Skeet Range on Mtn Home AFB, He retired from that position in 2006. Following his second retirement he traveled to trap shoots and tinkered in his shop, Harley made friends easily and it seemed like he knew someone everywhere,

Harley was preceded in death by his parents, He is survived by his son Jason (Candice), daughter Heather (Jason) , Two grandchildren Caleb and Peyton, A brother Gary of Pasco Wa, Sister Judy (Paul) of Murrieta CA nieces Wendy and Tami also of CA.