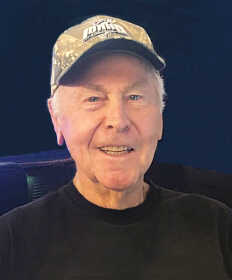 Calvin Michael Stanek, 91, of Mountain Home passed away June 25, 2021 at home surrounded by his loving family after a courageous battle with cancer.A rosary will be held at 6:00PM, on Thursday, July 8, 2021, at Rost Funeral Home, McMurtrey Chapel. A Memorial Mass will be held at 10:00 AM, on Friday, July 9, 2021, at Our Lady of Good Counsel Catholic Church and inurnment with military honors will follow at Mountain View Cemetery. Arrangements are under the care of Rost Funeral Home, McMurtrey Chapel. Calvin was born Dec. 3, 1929 in Bronx, New York to Michael and Gladys (Morris) Stanek of New York. Calvin went to high school in the Bronx, New York. He joined the US Army in 1946 during World War II as a M.P. He met and married his sweetheart, Mary Ann Gleason, of Bronx, New York. He was drafted in the Korean War one month after his marriage. Calvin received 2 Purple Hearts and other medals. Calvin and Mary moved to Levittown, on Long Island, New York where they had 4 children, Michael, Karen, Robert and Maryanne. They later moved to Mahopac, New York where the family lived for many years until they moved to Ormond Beach, Florida. Calvin and Mary owned a small furniture/decor shop called “Ye Old 1776 Pine Shop”. Calvin's greatest love was his family and his love of the Lord. In 1977 the family moved to Mountain Home, Idaho after their daughter and her husband were stationed in Mountain Home. Cal and Mary bought 55 acres across from Bennett Mountain, where they built a home. Their son, Robert Stanek, built a home in the back and Michael built a cabin next door. They lived there for many, many years, always having fun on the mountain. Calvin joined the Knights of Columbus in the Catholic Church shortly after moving to Idaho. Calvin was also a member of the American Legion. Calvin bought a Harley Davidson motorcycle along with his two sons, and they enjoyed many adventures on their motorcycles together. Calvin's greatest happiness was when his family got together for meals and fun. Calvin is survived by his son, Michael Stanek and his wife Cristina of CA, daughter Maryanne Stanek-Booth of Mtn Home, daughter-in-law Susan Stanek of Mtn Home, grandchildren: Kathleen Harrison of Mtn Home, Courtnay Vasser of Boise, Evan Kirchhofer of Texas, Garrett Booth and wife Pilar of Mtn Home, Mary Christine Booth of Kuna, Maureen Coffey and husband Paul of Mtn Home, Joshua Stanek and wife Danielle of Boise, Travis Stanek of Boise and Rexelle Abugan of CA., Jeremy Ford of Mtn Home, Matt Ford and his wife Jenn of Meridian: great-grandchildren; Cameron, Cavin and Kannon Harrison, Chance Vasser (deceased) Callie Kirchhofer, Kole and Cecelia Stanek, Brayden Love, Barrett and Grimmley Coffey, Zoie and Mason Stanek, Aiden Stanek, Breanna Hatch, Brook and Peyton Ford. He was preceded in death by his wife Mary Ann Stanek, daughter Karen Stanek Kirchhofer and son Robert Stanek. He will be so missed. Gifts may be made in Calvin’s memory to St. Jude’s Children's Hospital.