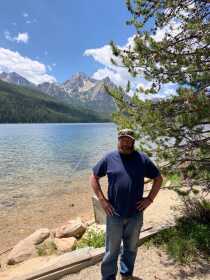 Mike was born March 7, 1967 in Kingman, Arizona to Archie Leroy Fuller and Shirley Loretta Reed Fuller. He was the third of four children. Even though he was the only boy, he was well known as being the best brother. He and his wife raised two children, Katheryn Jane Fuller and Michael Alexander Fuller.

Joining the US Air Force in 1988, Mike had a long and distinguished military career. The proudest moment of which was serving during Operation Enduring Freedom. His belief in the service of others was exhibited in all of his interactions. Mike was the most generous person, who was always willing to offer a helping hand to everyone he met. He was a lifelong learner and an excellent story teller that made people laugh. Mike was also a tinkerer and builder that could fix or craft anything. He had an eclectic taste in music that he passed on to his children. He wanted to make sure all songs were heard. Mike touched so many lives and he will be sorely missed.

At the family’s request, no services will be held. Should friends desire, memorial contributions may be sent to the American Legion Post 26, 515 E. 2nd S., Mountain Home, ID 83647 or to the Disabled American Veterans at dav.org

Cremation is under the care of Rost Funeral Home, McMurtrey Chapel, in Mtn Home.