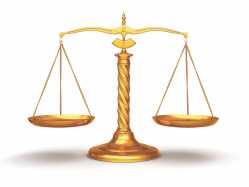 Local rape cases involving John Stafford, an Airman at Mountain Home Air Force Base and covered by the Mountain Home News in 2014 & 2018 with no local court convictions have finally found some closure for local victims. Military Investigations were conducted by The Office of Special Investigations, who has been the Department of the Air Force's major investigative service since Aug. 1, 1948. The agency reports to the Inspector General, Office of the Secretary of the Air Force. OSI provides professional investigative service to commanders of all Departments of the Air Force activities. Its primary responsibilities are criminal investigations and counterintelligence services. This was brought to our attention earlier this year and resulted in a guilty verdict in a third case in March of this year, dated back to December of 2018. Due diligence of resources and information has been completed and we offer you this information provided by US Military Courts. It is our hope that some resolution for the victims and healing has now begun. An article dated April 29, 2021, published on the Nellis Airforce Base website written by Wayne Amann, OSI Public Affairs was provided.“Teamwork and tenacity bring repeat offender to justice” From Mountain Home Air Force Base, Idaho, the non-commissioned officer was prosecuted and convicted of four rapes, one count of attempted sexual assault, one count of aggravated assault, and two counts of simple assault. He was sentenced to 18 years, six months of confinement, reduced in rank to airman basic, and given a dishonorable discharge during his General Court Martial hearing in March 2021.

When joint investigations are coupled with dogged perseverance, justice is served. That was the formula and outcome that closed the case on multiple offenders stationed at Mountain Home Air Force Base, Idaho, in March 2021. Staff Sgt. John Stafford III was prosecuted and convicted of four rapes, one count of attempted sexual assault, one count of aggravated assault, and two counts of simple assault. He was sentenced to 18 years, six months of confinement, reduced in rank to airman basic, and given a dishonorable discharge during his General Court Martial hearing.“The subject was tried, unsuccessfully, in the local jurisdiction with no prosecution,” said Office of Special Investigations Detachment 221 Commander, Special Agent John Steiner. “This case is one of the more serious offenses and sentences I’ve seen during my time in OSI.”There were three separate OSI cases involving Stafford, in which Det. 221 teamed with the Mountain Home Police Department. The first two, in 2014 and 2018, were led by the MHPD, while the third, also conducted in 2018, was led by Det. 221. It was the third, and primary, case that went to the General Court Martial. During trial preparation, the trial counsel, Capt. Rachel Kennedy of the 92nd Air Refueling Wing Judge Advocate’s Office, Fairchild AFB, Wash., was able to analyze previous statements and re-engage with victims to encapsulate previously uncharged misconduct related to the 2014 case.“Captain Kennedy was pivotal in taking the case forward where many would have dropped it,” SA Steiner said. “She went so far as to convince her leadership at Fairchild to remain on the case despite changing assignments in the summer of 2020.”The teamwork aspect of this case cannot be overstated.“The disposition, in this case, speaks volumes of the assigned trial counsel’s tenacity and highlights the joint investigative efforts of the Mountain Home Police Department and OSI Det. 221 personnel, past and present,” said SA Steiner. “As with many of our efforts, the strong working relationships we hold with our base legal office and local law enforcement partners were essential to finding the truth and serving justice.”

Also obtained from the MHAFB Public Affairs Office was a statement provided by Wing Leadership. “Both the prosecution and defense from units across the Air Force did an extraordinary job to ensure a fair and just trial, said Col. Jamaal Mays, 366th Fighter Wing Deputy Commander of Support. “My hope is that this serves to build trust in the justice system and demonstrate that Gunfighters at all levels remain committed to a culture of dignity and respect where sexual violence will not be tolerated.”