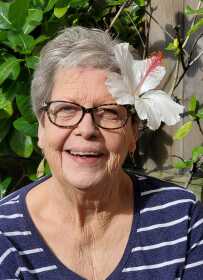 Mary was born June 15th, 1948 in Payette, Idaho to Floyd and Edith Grover who preceded her in death. She went through school in New Plymouth Idaho, she married Bert Gray Jr on December 21st, 1965, and had three children, Stephanie, Darin, and Edie. She later divorced and met Jesus Otazua whom she devoted her life to until his death on 4/4/2016.

Mary’s career included waitressing and cashier, she worked at Lowell's mini-mart for over 20 years until her retirement. Mary’s interests included: camping with her family, getting together with her sisters to play cards, family potlucks, and spending time with her three children, 7 grandchildren, and great-grandchildren. She also helped raise grandkids and great-grandkids.

Mary is preceded in death by her parents, two sisters, her spouses, and numerous family members. She is survived by her daughter Stephanie (Archie) Silence, son Darin (Lisa) Gray, and daughter Edith (Fred) Hansen, and all their children.

Services were held on Tuesday, 5/25/2021 at Park View Cemetery, New Plymouth. Condolences may be made to Mary’s family at www.shafferjensen.com. Memorials to honor Mary’s memory may be made to Horizon Hospice, c/o Shaffer-Jensen Memory Chapel, PO Box 730, Payette, ID 83661.