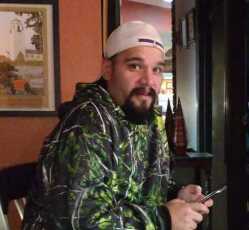 John Alfred Glidden, age 35, passed away on May 7, 2021, with his beloved wife and brother by his side. He came into his parents lives on July 24, 1985. His parents were Judy and Bill Glidden, and he grew up in Homedale, Idaho, Orovada and McDermitt, Nevada.

He attended school in McDermitt and graduated from McDermitt High School in 2004. After high school John attended culinary school and worked in Las Vegas, Nevada, before moving back to McDermitt to work with his Dad farming. He later moved to Bruneau, Idaho where he worked as a farmer and later worked in a meat processing plant, CS Beef Packers in Kuna, Idaho. John married the love of his life, Crystal Crawford, on July 13, 2011 in Winnemucca, Nevada. He enjoyed his family, family activities, and playing video games.

He is survived by his wife Crystal, two daughters, Jaylee and Madison, one son Johnathan of Bruneau, and one brother Donald, of Kuna, numerous aunts, uncles, and cousins. He was preceded in death by his mother, Judy Glidden and his father, Bill Glidden.

Graveside inurnment service was held at Bruneau Cemetery, in Bruneau, on Tuesday, May 11, 2021 and a potluck followed at Bruneau American Legion Hall. Arrangements were under the care of Rost Funeral Home, McMurtrey Chapel.