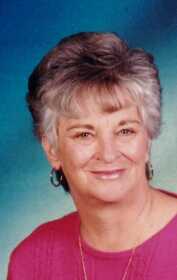 The family of Karla Deen Kellogg would like those who knew and loved her to know she passed away on Friday, April 16, 2021. As she had hoped, she was at home, surrounded by her family.

Mom was born July 25, 1941 in Alamosa, Colorado. She attended school in Manassa, Colorado, graduating in 1959. Her parents, Jack Emerson Garland and Mary Ardeen Brady, supported Karla, their oldest child, in her many adventures. She enjoyed being a drum majorette for her high school band, and an attendant to Miss Stampede, in Monte Vista, Colorado.

After graduation she moved from Manassa, leaving behind her siblings Ricky, Janice, Jackie, Carolyn, and Eddie, to Kansas City for flight attendant school. She returned to Colorado to attend Adams State College. Upon leaving school mom moved to Denver and worked before moving back to Manassa to have her 1st born son Ross (Tana). She returned to Denver where she met Kelly Kellogg, a handsome young airman in the USAF who became her husband of 39 years. They became a blended family of 4. Shortly thereafter they were stationed at Upper Heyford, England. There, two more children were welcomed into the family, Kenny (Stacie) and Lisa (Chad Carle). In 1974 they were stationed to MHAFB. Mom and Dad lived out the rest of their years in Mtn. Home.

Mom was involved in many things throughout her 47 years in Mtn. Home. She worked for the MHAFB traffic management office, Mode O'Day clothing store, Cowboy Supply, and the BX as an independent contractor. She made many life-long friends while working.

Mom was her happiest when doing things with her family. She supported them in their sports, 4H adventures, and camping excursions. She was a wonderful mother to all of her children and enjoyed being with them as much as possible, especially after they left home and had their own families. Because that meant...grandchildren. Mom had seven grandchildren Jessie, Connor, Alex, MaKenzie, Warren, Derek, and Morgan; two great-grandchildren McKenzie and Wesson.

One of the most important thing in Mom’s life was her faith. She was a life-long member of The Church of Jesus Christ of Latter Day Saints. She enjoyed many opportunities to serve, and especially loved the wonderful people she associated with in her callings. Some of her greatest memories came from her quilting group, her walking buddies, and her card playing posse. Not being able to be with them these last couple of months saddened her. These wonderful souls visited often and she loved each of them dearly.

She was proceeded in death by her husband, both of her parents, and her brother Ricky.