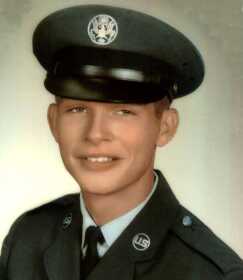 Born in Louisiana, to Rose Mary and Daniel Marion Butler, Dana would join the United States Air Force at a young age and serve in Vietnam.

After living in Indiana and Oregon, Dana eventually settled down in Idaho where he met and Married, Anne Foss. The couple worked and lived in Mountain Home and Boise while raising Anne’s two boys together.

Hiking, camping, fishing and being out in nature were among the activities Dana most enjoyed, while working on cars, his home and with Veteran’s at the V.A. Hospital in Boise occupied some of his time. After completing college courses, Dana graduated as a Paralegal in 2021.

Dana was preceded in death by his wife, Anne Laura (Foss) Butler, his parents, Rose Mary and Daniel and his brother Daryl Butler. Survivors include his sister, Debra Schimmoller, two step-sons, Scott Swenson, Kristopher Swenson (Lindsey), two grandchildren, Kash Swenson and Ember Swenson as well as other family and friends.

Cremation was under the direction of Boise Funeral home and Celebration Of Life was held at Carl Miller Park in Mountain Home, on April 17th at 3:00pm.