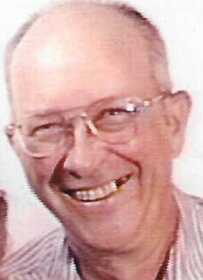 Major Thomas L. Moyers (ret), 82, passed away at home in Mountain Home, April 8, 2021. He was born October 26, 1938 in Oakville, Iowa to Roy and Lorena Moyers and was the oldest of 4 sons. Tom grew up on the family farm, hunting and trapping with a passion to play baseball. He graduated from Oakville High School, Iowa in 1956.

From a young age he wanted to fly so he enlisted in the Air Force while in Mesa, AZ with his parents in 1957. After basic training and advanced school, he was stationed at Roswell, NM and worked on B52’s. While home on leave he met Sylvia Knott, took the entrance exam for Cadet training, and was accepted. Tom graduated as a 2nd LT Navigator and married Sylvia in 1960. He flew in B47’s from 1959 to 1965 and transferred into C-130’s where he was stationed at Sewart AFB. In 1968 he was sent to Vietnam and while there received several accommodations, medals and 2 Distinguished Flying Crosses. After returning from Vietnam he transferred into F4’s, went to George AFB for training as a radar intercept officer and returned to Mountain Home AFB in 1969. After 10 years of flying he re-enlisted and transferred into the machine shop where he retired in 1979. While in the Air Force Tom was on the pistol team where he competed at the National Competition at Camp Perry, OH in 1966, 1967 and 1969. He won numerous trophies at the State and National level.

He was preceded in death by his parents Roy and Lorena Moyers, his second brother Kenneth Moyers and his first wife Sylvia Jean Knott of Muscatine, IA. 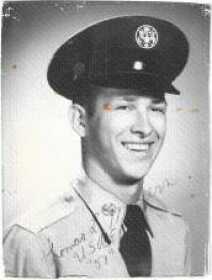 Tom was a man of many talents with his mechanical knowledge and skills. He was an excellent gunsmith, machinist and inventor being issued a patent for a trap safety device in 1981. He loved hunting in the Clearwater and eastern part of Idaho. He was a beloved husband, father, and friend. Rest in Peace!

A memorial service will be held at the American Legion Hall, Post 26 in Mountain Home, ID at 1:00PM on Friday, April 23, 2021. Cremation was under the care of Rost Funeral Home, McMurtrey Chapel.