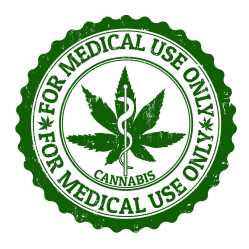 March 12 - The Idaho Citizens Coalition for Cannabis must publicly address the advancement to the Idaho House of HJR 4, a proposed constitutional amendment that would place drug prohibition in the Idaho Constitution and require a two-thirds vote of the Legislature to legalize any prohibited drug. The people of Idaho need to know that this prohibition amendment is a bait-and-switch. While it’s sold as “keep drugs out of Idaho,”it is really “forever ban medical marijuana initiatives in Idaho.” Nobody is trying to legalize any other drug in Idaho. If HJR 4 ends up on the same ballot as the currently-circulating Idaho Medical Marijuana Act initiative, a 50% win for prohibition beats an 75% win for medical marijuana—its sponsor, Sen. Grow, proudly boasts it would “trump”any initiative. This strikes us as fundamentally undemocratic. It is easy to imagine a well-meaning voter who supports medical marijuana but hates drug abuse voting “yes”on both measures, not understanding that their second yes vote just canceled out their first yes vote. This amendment also endangers Idaho’s Right-to-Try Law.

That law allows terminal patients to use drugs that are in FDA phase I trials, but not yet legal. Sen. Grow’s bill freezes Right to Try at the illegal drugs that were in clinical trials as of July 1, 2021. After that date, if some new trial begins for an illegal drug, terminal patients in Idaho would have to wait for a legislative session and a two-thirds vote of both chambers before they could try that drug. Some could die waiting. The unintended consequences of continuing to delay medical marijuana in Idaho are staggering. Numerous studies have now concluded that legal access to marijuana is associated with reductions in opioid use, opioid abuse, opioid prescribing, opioid dosages, opioid dependence, and opioid overdose deaths. While all western states have seen their opioid prescription rates decline this decade, Idaho’s still remains above the national average and higher than western states with legal access to marijuana. We are urging the Idaho House to vote no on this measure. Should it pass,we urge all Idahoans to understand that HJR 4 means medical marijuana would be banned forever in the State of Idaho, and they should vote no, accordingly. - Idaho Citizens Coalition