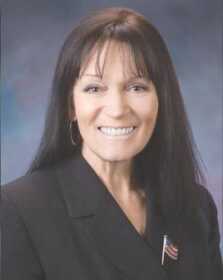 S1136 was amended by Senators on March 10th. The legislation, which was originally introduced on February 23rd, relates to clarifications and limitations on the Governor’s power during periods of extreme emergency. Today the Senate passed Senate Bill 1136 as amended (SB1136a), which clarifies and limits a Governor's powers during times of extreme emergency. The measure amends Title 46, Chapter 6 of Idaho Code, and ensures Idahoan's rights are protected during times of extreme peril.

The legislation would ensure the Governor maintains the ability to declare a state of extreme peril and activate the National Guard in case the safety of citizens is in jeopardy. At the same time, this legislation would protect citizens' right to work, bear arms, worship freely, and peaceably assemble. The legislation would also prevent the suspension of any provision of the Idaho Code, ensuring all citizens' voices are heard on how to best respond and support each other in times of need.

“The Senate majority caucus has worked together and with our constituents to clarify the powers of the Governor during a state of emergency," said Senator Anthon. “This legislation would ensure that in times of extreme peril, Idahoans maintain their sovereignty and local control while also protecting the safety of all citizens. It would prevent the formation of a dangerous precedent where a Governor could unilaterally restrict individuals' liberties by suspending Idaho code with no input from citizens or their legislature.”