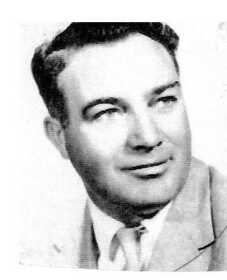 Our beloved husband, father, grandfather, great grandfather, brother, uncle, and friend, Leon A. Woods (Woody), returned to Heavenly Fatherĺs care on Wednesday, February 17, 2021 at the age of 93. A Funeral Service was held at the Church of Jesus Christ of Latter-day Saints on February 20, 2021 followed by Burial at Glenn Rest Cemetery in Glenns Ferry. Arrangements were under the care of Rost Funeral Home, McMurtrey Chapel in Mountain Home.

Leon was born August 6, 1927 in Burley, ID to Walter and Mildred Woods.

Leon served in the United States Navy for two years during WWII. After serving his country, he worked in the field of Heavy-Duty Mechanic and Welder positions at various companies and mines in the Utah and southeast Idaho area. 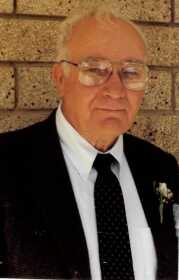 He returned to Hammett to retire. He built a mechanic shop for locals and worked part-time.

Being involved in the community was a part of Leonĺs life. Over the years, he participated in bowling leagues, the Lionĺs Club, served as a Scout Master, Young Menĺs President, an LDS temple worker, a Family History leader, and served a Stake Mission with his eternal companion, Joy, for the LDS church.

Fishing and hunting were a large part of Leonĺs life. He spent many hours with his children, grandchildren, and his wife pursuing the ones that got away or catching what would become dinner. His love of the outdoors was passed on to his children.

Leon fell in love with his sweetheart, Joy, in 1960. They married later that year on November 8th and were sealed with their children in the Logan, UT temple on their 9th anniversary, November 8th of 1969. Leon and Joy recently celebrated their 60th Wedding Anniversary on November 8, 2020.

He and Joy spent the winter months living in Arizona for the past 29+ years in their R.V. They enjoyed the desert landscape, warmer temperatures, and the good friendships formed along the journey.

Leon was preceded in death by both his parents, three sisters and one brother.