Dolores’s travels have taken her halfway around the world, but it is Mountain Home, Idaho, that Dolores “Dee” Pate has called her home for the past three decades.

Born May 6, 1937, in Danville, Virginia, Dee was the only child of a mother that was an only child herself. She graduated from John M. Langston High School in Danville and had enrolled in business school. But instead of continuing her education, Dee married her high school sweetheart Walter Pate. The newlyweds traveled to Nashville, Tennessee, for his first assignment with the United States Air Force. While living in Nashville the couple’s first two children were born, a son Walter Jr and a daughter Renee. When her husband was assigned to Okinawa, Dee and the two children moved back to Virginia, where Robin was born. The next assignment was to Clovis, New Mexico, where the family’s youngest daughter, Rachel, was born. 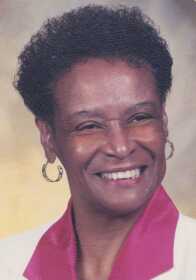 It was when the family was stationed at RAF Upper Hayford in England that Dee began her volunteer work with family services and the Red Cross at the base hospital. Volunteering became a way of life for her. Wherever the Air Force sent them, from England, Louisiana, Idaho, the Philippines, and back to Idaho, she continued her volunteer efforts. Mountain Home and Elmore County both benefited from her many hours of service as she also helped at the base and Elmore Nursing Home.

While in the Philippines Dee studied Yoga under the direction of Victor Parayno. When she returned to Mountain Home, she brought her experience with her and began teaching yoga classes at the base recreation center. She also offered classes through the Mountain Home recreation program, continuing until the work became too demanding.

Dee was at the nursing home chatting with friends when out of the corner of her eye she noticed someone giving her a slightly disapproving look. “I don’t know what made me say it, but suddenly I heard myself say I was there to apply for a job.” She was hired as activities director in May of 1979. Her goal was to make the residents think of the nursing home as their own home, to make it as pleasant as possible. She rallied volunteers to take residents on outings and helped raise money to purchase a van for transportation. Dee was also responsible for getting the wheelchair walkway and the gazebo built. She had approached every organization in town asking for help. Dee had said “I never found a door closed or was turned down whenever I made a request for the nursing home. That is why I say that Mountain Home is the most caring and giving community that I have ever seen.”

She laid the foundation and saw to it her family followed in her footsteps. “My family was always supportive” she said proudly as she noted that her husband claimed to volunteer at the nursing home, “just so he could see me.” Her children also gave many hours of volunteer service.

Dee organized the Mother’s Day Tea and Father’s Day barbecue for the nursing home residents. She also made arrangements for the residents’ travel to the Air Force Appreciation Day parade and ensured each resident was fed at the free barbecue. Although she planned something special for all of the holidays, she would say “Christmas was always a big time of the year.”

Dee became the first person named as “Employee of the Month” when the hospital initiated the program. She was also recognized at the state level when she was named National Activities Association Employee of the Year.

Dee retired in 1999, but that did not mean she stopped working. “I have come full circle.” She said, “Now that I am back to volunteering.” She freely gave her time not only to the residents of the nursing home, but also volunteering her time at the Dessert Mountain Visitors Center, the Hospital Auxiliary, the American Legion Auxiliary, her church Our Lady of Good Counsel and the Hospital Foundation where she served on the long term planning committee for one year. After leaving there she became member of the Recreation District, Birth Right board, Black History Committee, hospital auxiliary and Hospice.

Dee is survived by her children Walter Jr., W. Renee, Robin and Rachel.

Dee is preceded in death by her parents and husband Walter.